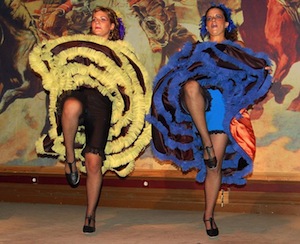 SB 62 would create a quasi-independent safety advocate’s office at the California Public Utilities Commission, similar to the ratepayers’ advocate’s office. There’s already a safety division at the CPUC, that currently has responsibilities that would be transferred to the safety advocate. The new office would have direct reporting responsibilities to legislative oversight committees and, presumably, be able to pursue safety-related issues on its own initiative, without having to go through the bureaucratic hierarchy at the commission.

It joins SB 215 (limits contacts with commissioners) and SB 512 (opens up the commission’s work to greater public scrutiny) on the governor’s desk. The final-final version of SB 512 hasn’t been posted yet, but there’s been no indication of significant changes.

SB 1017 (public release of documents filed by utilities) appears to be dead for good, though. Although legislative staff haven’t gotten around to posting the official obituary, there’s no indication that it ever got to a final floor vote. It joins the omnibus reform bill, assembly bill 2903, in the recycling bin.

It’s always risky trying to predict what governor Brown will do, but my best guess is that he will sign SB 215 and SB 512 as previously agreed, as well as AB 2168 – it’s a harmless enough substitute for SB 1017, and lets everyone declare victory on the transparency front. SB 62, though, is the sort of ad hoc rearrangement of the bureaucracy that Brown has found unacceptable in the past. I’m betting that one gets vetoed.